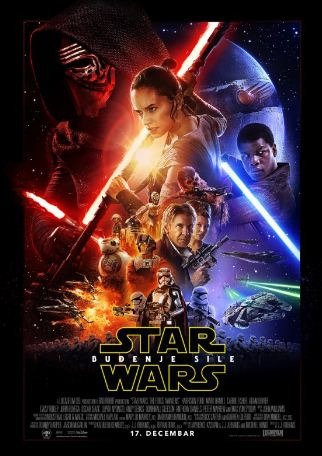 What is a Lightsaber?

The Lightsaber is one of the famous swords ever presented in movies. In Star Wars films, Lightsabers come in several colors, including blue, yellow, green, and other colors, which were usually used by Jedi’s.

On the other hand, those Lightsabers with red color were typically used by the Sith Order or the dark side. Red Lightsabers, which indicates evil power, is also most famously wielded by the Darth Vader. There had been many other colors of Lightsabers that range from white to black, although not all these colors have specific meanings.

As mentioned above, Lightsabers were powered by Kyber Crystals. A Jedi or a Sith can only use these crystals after they channel their force into it. Jedis could meditate on the crystal for days; however, it’s a different story for the Sith.

The origin of Kylo Ren’s Lightsaber’s crystal is unknown. However, some stories suggested that his crystal came from Luke Skywalker or Anakin (Darth Vader).Regardless of the crystal’s origin, Kylo Ren’s crystal is cracked, which didn’t help him in the bleeding process. This is why his Lightsaber looks the way it is. His Lightsaber’s Beam – All Lightsabers usually produce stable beams, while Kylo Ren’s Lightsaber beam seems unstable and produces a crackling sound, which is probably because of its design.

Part of the training of wielding a Lightsaber is also to learn how it is created. From the process of attuning the crystal, up to the Lightsaber’s construction, it is also essential for the wielder to understand the mechanics of the weapon.Otherwise, you’ll end up destroying your Lightsaber.

In the earlier times, before he turned to the dark side, Kylo Ren was seen using a blue Lightsaber, as the apprentice of Luke Skywalker. Nevertheless, there was no mention of his old Lightsaber after turning to the dark side. But there was speculation that he did not abandon his old weapon, nor create a new Lightsaber.

Some also said that thiscross guard beams seem impractical and dangerous for the wielder. It is an advantage, however, in some cases. Kylo Ren could use this guard to harm his opponents. However, the downside is that, with one wrong move, he could cut his arms instead.

Interestingly, that is not really a cross guard beams. It is an exhaust. His Lightsaber is unstable, so it needed to have an exhaust for the weapon to be manageable, or the Lightsaber may explode. These were also the assumed reason why his Lightsaber has a crackling sound.