The silent era of films was an endearing one; much more innocent than today’s saturated market. That’s not to say today’s movies are bad, only that they lack that certain old-timey charm the classics have. When filmmaking was only beginning to evolve and people realized acting was an attractive alternative to theatre.

During that time we got some absolute stand up people. People that would go on to become immortalized in film and be talked about for generations. These people pioneered the art of acting on screen, and brought us to today’s mega movie industry. So it is only fair we take some time out and learn a bit about some of these bygone stars.

Who Was Louise Brooks? Mary Louise Brooks was an American film actress and dancer. Today, she is known as a Jazz Age icon and a flapper sex symbol because of the bob hairstyle she popularized during her career. Born in Cherryvale, Kansas on the 14th of November, 1906, to parents Leonard Porter Brooks and Myra Rude, Brooks had a love of books and music since her childhood because of her mother being a talented pianist.

Brooks’ father, a lawyer, was mostly preoccupied with his work. Brooks doesn’t fondly look back at her hometown, where she was sexually abused at the age of nine. This act would go on to affect Brooks for the rest of her life; with her claiming she was incapable of real love because of what happened in her childhood. Brooks’ mother, not the best of parents, would claim it was Brooks’ fault for “leading him on”, years later when she would tell her of the incident.

The Beginning Of Brooks’ Career

In the year 1922, at the age of 15, Brooks joined the Denishawn School of Dancing and Related Arts as a dancer. Based in Los Angeles, it was a modern dance company founded by Ruth St. Denis and Ted Shawn. After two years of work with the company however, she was dismissed by Ruth St. Denis. St. Denis and Brooks had always had a rocky relationship, and on the day of her dismissal Ruth claimed that Brooks wanted life handed to her “on a silver salver”.

It didn’t take long for Brooks to find employment again. She was on good terms with another American actress and dancer – Barbara Bennett – and got work as a chorus girl in “George White’s Scandals”. After her appearance as a semi-nude dancer in Ziegfeld Follies in 1925, she was noticed by Walter Wanger, a producer at Paramount Pictures. Walter Wanger signed Brooks to a five-year contract, and soon got her to meet Charlie Chaplin at a cocktail party, with whom Brooks had an affair for two months. Brooks debuted on screen in the film “The Street of Forgotten Men” in 1925, where she played a minor role. Not long after, she was playing the female lead in multiple comedy and flapper films. Brooks got contract offers from both Paramount Pictures and Metro-Goldwyn-Mayer Studios Inc. Brooks went for Paramount Pictures and, in the following years, became quite popular in Europe; where women began to style their hair like Brooks. By 1928, Brooks had started a trend of the bob haircut in Europe.

Brooks starred in the 1926 film “The Show-Off” and the 1928 film “Beggars of Life”. Brooks’ role in “Beggars of Life” consisted of an abused country girl in a world full of brutal men, and the movie is considered Brooks’ best American film. It was also the film for which the boom microphone, so prevalent today in filmmaking, was invented. The filming of “Beggars of Life” was a difficult affair for Brooks; as her co-star’s view of her became less approving because of her casual relationships with the crew members, and she clashed with the director for forcing her to partake in risky stunts for the film.

After “Beggars of Life”, Brooks began to film “The Canary Murder Case”, which would ultimately be her last film in the States before her departure for Europe. During this time Brooks got into an intimate relationship with the niece of Marion Davies, a mistress of William Randolph Hearst. Upon discovering this fact, Hearst had the girl shipped off to a mental institution, where she subsequently committed suicide. This deeply affected Brooks, and she agreed to accompany George Preston Marshall to Europe after the filming of “The Canary Murder Case” concluded. 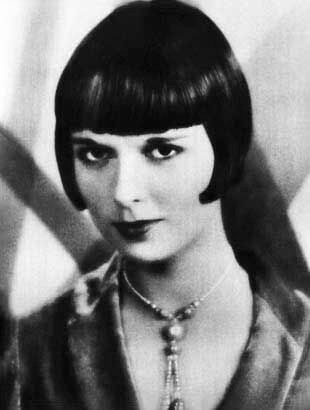 Brooks was not a stranger to Europe; having had toured there as a dancer with the Denishawn School of Dancing and Related Arts. George Preston Marshall had suggested that she work for director G.W. Pabst in Europe, which she did. Her first film in Europe was “Pandora’s Box”, released in 1929. The film was a sexually progressive one and was very popular, kickstarting her career’s exponential growth in Europe.

Brooks would talk about how her experience filming “Pandora’s Box” was an overwhelmingly positive one. G.W Pabst, she claimed, was an extraordinary gentleman that showed her respect the likes of which she had never known back in Hollywood. She claims it was in Europe where she actually became an actress. Brooks would then have a brief intimate experience with Pabst, before being cast in his next film “Diary of a Lost Girl”.

When filming for “Diary of a Lost Girl” concluded, Pabst advised Brooks to stay in Europe instead of returning to Hollywood. The two films which she had worked on for Pabst had launched Brooks to stardom around the globe. Brooks took part in one more movie in Europe; aptly titled “Miss Europe”, before she returned to the United States.

Brooks returned to Hollywood in 1931, where she worked on two films; “God’s Gift to Women” and “It Pays to Advertise”. Brooks failed to find much recognition for her work in the films, and failed to find further work as well. William Wellman, the director of “Beggars of Life” with whom Brooks had fought before, offered her the female lead for his newest film “The Public Enemy”. Though the role was quite contested after, Brooks turned it down to instead spend time with friend and lover George Preston Marshall in New York City, the man she had gone to Europe with.

Brooks got one more offer, but it was withdrawn after her refusal to do a screen test. She made just one more film; “Windy Riley Goes Hollywood”, a two-reel comedy short in 1931, before declaring bankruptcy the following year. It only went downhill from there; with minor and forgettable roles in forgettable films. By 1938, no major paper and film critic gave much thought to Brooks and her roles. Brooks saw a revival in her popularity when she was “rediscovered” in the 1950’s, after years of alcoholism and battling with suicidal tendencies. Brooks would become a noted film writer, while writing essays on film as a secondary career. On the 8th of August, 1985, Brooks died of a heart attack in her New York apartment.

Not all stories have an all-cheerful run, and this especially holds true for certain actors. Many have had to battle a lot of hardships through their careers, often succumbing to it and becoming a recluse like Brooks before her rediscovery. Still, we have a lot to learn when studying these bygone legends and their antics, and there is a lesson to be taken out of anything.