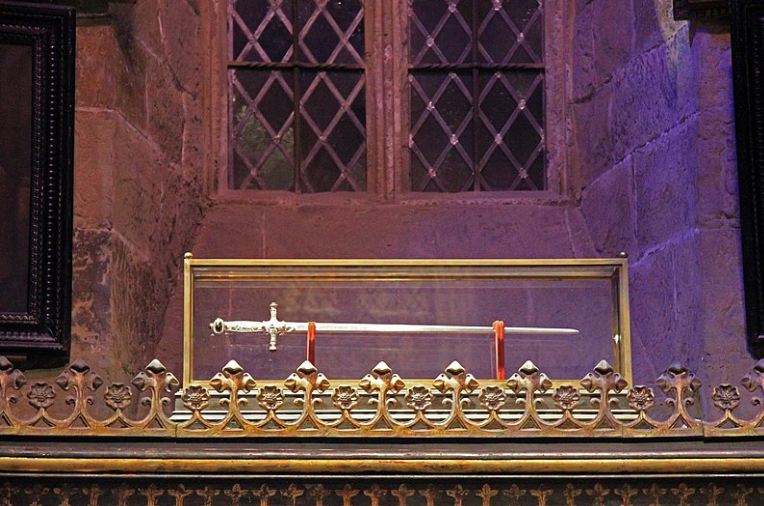 Witches and Wizards, Muggles, or No-Maj (non-magical people),you probably heard about the name Harry Potter the ‘Boy-Who-Lived.’ If you still don’t have a clue, this boy has about seven-books and a film series that tells about adventures, friendships, love, and sacrifices. This series is stupefying and has several layers filled with really cool stuff, especially magic. Ever since Harry learned that he is a wizard, the story slowly unfolds mysteries and explorations not only inside the Hogwarts School of Witchcraft and Wizardry but also in the Wizarding World, too!

People in this magical world not only use wands and blabber spells, but they also have useful things that a muggle (non-magical people) could only wish and hoped for –“Life’s a struggle if you’re a muggle.” Some of these useful things include Floo Powder, if you want a dramatic exit, a Mokeskin pouch if you wanted a small pouch that could fit everything literally. Also, the Invisibility Cloak can be handy for apparent reason. Muggles might even see the need for a Time-Turner and several magical stuff that can be useful for a muggle’s day to day necessities.

Thousands of years ago, The Sword of Gryffindor was made by a king goblin, the most-skilled among the magical metalworkers. Molded with pure silver and adorned with rubies on the pommel, this sword bears an engraved name of Godric Gryffindor.

The History: Godric Gryffindor and The Sword of Gryffindor

Godric Gryffindor is one of four founders of the magical school called Hogwarts School of Witchcraft and Wizardry. He was great friends of Salazar Slytherin, another founder, but had conflicting opinions with regard to muggle-born kids being accepted in Hogwarts. Also, Gryffindor was the most accomplished dueler of his time and a fighter against Muggle discrimination.

Initially, Ragnuk the First, the finest of the goblin silversmiths, and also the goblin king (in goblin culture, the ruler is more skillful than the others) made the sword according to Godric Gryffindors specifications. However, when the sword was finished, Ragnuk loved it so much that he pretended that Gryffindor had robbed it from him. Ragnuk subsequently sent his minions to attack Gryffindor and steal the sword back. During the attack, Gryffindor bewitched Ragnaruk’s minions and delivered a threat. He told Ragnuk that if he ever tried to steal the sword again, he would draw the sword against them.

The King of the Goblin seriously took the threat. However, although he left Gryffindor his property, Ragnuk retained his grudge until he died. Since then, in some sections of the goblin community, Gryffindor’s false legend of theft remains to this day.

How Powerful is the Sword of Gryffindor?

The Sword Of Gryffindor is an enchanted artifact, for it was a goblin-made sword. This sword does not require sharpening or cleaning and has the capacity to feel,perceive, and even experience subjectively. This sword is proven to come in aide for a Gryffindor student that needed its help. In fact, Harry Potter from the House of Gryffindor got the sword more than once. The sword significantly became more powerful at the time Harry used it in the Chambers of Secret against one of Voldemort’s Horcruxes.

These Horcruxes are vessels used to hold a part of the wizard’s soul. In the Harry Potter series, the Dark Lord He-Who-Must-Not-Be-Named, also known as Voldemort, reportedly used Horcruxes to scattered his souls. Distributing your souls on different Horcruxes makes it seem like those embodied souls live on in another physicality aside from your own body. However, this act of making Horcruxes requires killing to complete. Also, the process of making a Horcrux damages the wizard’s soul by ripping it into pieces, depending on how many Horcruxes you’d like to make. In Voldemort’s case, he had made eight Horcruxes that damaged his soul as well as himself. Still, Horcruxes are powerful, dark, and evil magic rarely used in the wizarding world. Luckily, these powerful Horcruxes can be destroyed using weapons like the Sword of Griffindor. In addition, when Harry uses the sword while battling a legendary reptile called Basilisk, the sword shows its capacity to absorb the Basilisk’s venom. This absorbing factor was due to the goblin’s property used in making the sword.