With the software you download, many of you will notice under tournaments, the “Sit-and-Go” option. This is simply a list of Poker tournaments with a low player limit, e.g. 10 players. Once the quota has been reached, it’s time to begin the tournament! It’s not like other tournaments where there is a set time and date. Once you have bet365 casino login you can play Sit & Go Poker. 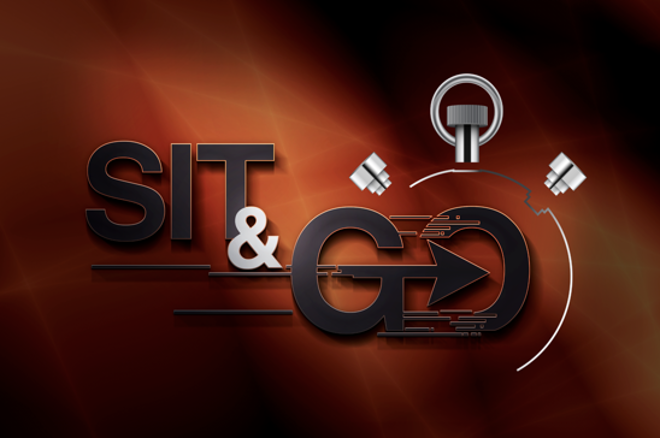 At first, you will want to enter the smaller buy-in tournaments. They’re a great place to start for a couple of reasons:

So upon entering a Sit-and-Go poker tournament, you will be set on your table, and you will all be issued a card, the highest card is the first to be the dealer.

Typically, you will begin with 800 chips. One thing that’s different here from a larger tournament is the pace of the game. Whereas in a large tournament, 1000 players will become 600 very fast, the tightness of a Sit-and-Go is something to consider, as players will be trying to gain an early chip advantage, and then sit back a while to wait for a cut in players.

However, this doesn’t stop us from joining the fun and cashing in! We, too, want to gain that early chip stack advantage, and to do so we will employ an aggressive start to the tournament. Whilst the blinds are low and almost irrelevant to the gameplay as many hands as you can, maybe aiming for somewhere around 60-80%. This will allow you to take a chance with the flops and try to rake in some extra chips.

Be careful not to overestimate your hand, but playing to see the flop could see your half-decent hand become very strong. This is why we are aiming to start the tournament aggressively, our first goal is to take our chip start amount and increase it by 25-50% to begin with before we switch play. So we’re aiming for around 1000-1200 chips early on.

These matches are easy to reach in the paid placement section, you just have to keep your head and remain concentrated on picking up easy chips and losing the minimum you possibly can by folding smart. Do not play on a “hope”. If you need a 7 for that straight, but you have nothing else, then don’t call a Player in hope that you will see the 7 come up as this is a foolish bet. Sure you might get lucky, but the majority of times you will lose.

We want to put other players in a position where they become agitated and start hunting chips. If everyone is lingering around the 1000 chip mark, and there’s one player who stuck on around 400, then they are going to want to join you in the chip stack area. To do this they either need a succession of very good hands or they to play stupid, bluff a lot and generally dice with the devil!

Take advantage, play a tight-aggressive game where you can wait for a hand that has a stronger than 50% chance of winning, and attack them head-on with hard raises and re-raises. Pressure them into going all-in (it won’t take a lot) and then clean up increasing your stack. Do not try this with mediocre hands. Losing 300-400 chips will send you right back to square one.

Maintain a healthy chip stack by playing semi-tight right through to the last 3 players, then switch to an aggressive style attacking hard and picking up valuable blinds.