Richard Nixon married Pat Nixon in 1940, and she stood by him through the highs and lows of his long political career. Nixon and his wife Patricia “Tricia” had two daughters, Patricia “Tricia” and Julie, who were both adults when Nixon became the president. In 1968, Julie married David Eisenhower, a descendant of Dwight Eisenhower, and in 1971, Tricia tied the knot with Edward Cox in the White House Rose Garden.

Nixon had a close relationship with his family, especially during the Watergate crisis and after he resigned. Both Nixons were caring grandparents who relocated to the east coast in 1980 to be closer to their children and grandchildren.

In this article, learn more about Tricia and Julie Nixon. Nixon, Patricia “Tricia” President Richard Nixon, the 37th U.S. president, and First Lady Pat Nixon have an older sibling, Cox. Tricia was born in Whittier, California, on February 21, 1946. She was named “Patricia” after her mum, First Lady Pat, but she preferred “Tricia.” Julie Nixon Eisenhower is her younger sibling. Pat spent her early years in Washington, DC. She attended the Horace Mann Elementary School before transferring to the ‘Sidwell Friends School.’ She also went to Manhattan’s all-girl Chapin School.

As a debutante, she was welcomed to high society at the Waldorf-Astoria Hotel’s ‘1964 International Debutante Ball,’ a charity affair. At the debutante ball, Edward Finch Cox, a freshman at Princeton University, was her escort. Their relationship sparked speculation of an upcoming wedding and even an elopement.

She first enrolled in Finch College, a now-defunct women’s college in New York, to get closer to her family. She did, though, go on to finish her education at Boston College in Boston, Massachusetts. When she received her B.A. in English in 1968, her father was the special guest speaker at the graduation ceremony.

Tricia had finished her degree by the time her father was elected President of the United States. She kept to herself much of the time and was dubbed the White House’s “Mystery Princess.” She held her first press conference on March 17, 1971, to announce her engagement to Edward Ridley Finch Cox, and knew him for seven years. Then, in 1972, he graduated from Harvard Law School with a law degree.

On June 12, 1971, they married in the White House Rose Garden. Tricia was the first child of a U.S. president to marry in the White House Rose Garden. Her life and Julie’s have always been affected by their father’s political career. On the other hand, Pat Nixon was devoted to her daughters, and her husband did all he could to tailor his desires to his family’s needs. She became preoccupied with her domestic life after her marriage, as her family and home were still vital. Christopher Nixon Cox, their son, was born in March 1979.

Tricia serves as a board member of both the National Stroke Association and the Nixon Center, both of which were established in 1984. Tricia also serves on the boards of the Richard Nixon Foundation at the Richard Nixon Presidential Library in California and several medical research organizations.

Tricia and her sister stood by her father’s side through the national turmoil and the “Watergate” scandal of his career. The sisters believed that the T.V. show The Vietnam War misrepresented Nixon’s policies. Via the Nixon Foundation, the two collaborated on a letter to clear the confusion regarding their parent. 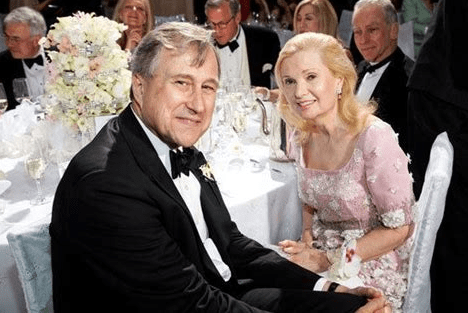 Julie was born in Washington, DC, on July 5, 1948. Her father was a member of the House of Representatives at the time of her birth. He was a U.S. senator from California when she was a girl. During President Dwight D. Eisenhower’s presidency, he served as Vice President of the United States.

She attended Washington’s Sidwell Friends School and then moved to California with her family after her father lost the 1960 presidential election. Since failing to win a governorship in California, the Nixons moved to New York in 1962. Eisenhower attended the Chapin School in New York before enrolling at Smith College, an all-girls college. Julie graduated from The Catholic University of America with a master’s degree in education in 1971.

In 1966, she was welcomed to high society at the International Debutante Ball at the Waldorf Astoria Hotel in New York, where David Eisenhower escorted her. He was the grandson of former President Dwight D. Eisenhower.

David was a freshman at Amherst College, and she was a freshman at Smith College. They got engaged in 1967 and married in New York City’s Marble Collegiate Church on December 22, 1968. Julie continued her study at Catholic University in Washington, D.C., where she earned a master’s degree in 1971. She then worked at the Curtis Publishing Company in Philadelphia as an associate editor in adult and children’s literature.

David Eisenhower was Nixon’s most active defender and supporter throughout his time in the White House. She was also concerned with topics such as the climate, the aged, and youth. She acted as her mother’s representative at numerous functions.

Julie defended her father and dealt with the press during the Watergate hearings, giving over a hundred interviews. She remained by his side during the upheaval, before his last moments in the White House. According to the twins, Nixon’s policies were misrepresented in the T.V. series “The Vietnam War.” To clear up the confusion about their aunt, the two collaborated on a letter via the ‘Nixon Foundation.’

Julie and her family then settled in Berwyn, Pennsylvania. She was involved in a variety of community-related activities. She was on the board of Jobs for America’s Graduates for more than 20 years. For her extensive contributions to society, she was called a Distinguished Daughter of Pennsylvania.

Julie is on the Richard Nixon Foundation’s board of directors. From 2002 to 2006, she served as chair of the President’s Commission on White House Fellowships. Julie is the author of several books, including Pat Nixon: The Untold Story, a best-selling biography of her mother, and Going Home to Glory: A Memoir of Life with Dwight D. Eisenhower. Her husband, David Eisenhower, collaborated on the latter.

Julie and her sister, Tricia Nixon Cox, have always been close. However, there was a disagreement about the management of the Richard Nixon Presidential Library following their father’s death. The Coxes desired family influence of the library’s big decisions. Instead, the Eisenhowers preferred a giant board of trustees, with experts overseeing the library. The two sisters became embroiled in a legal battle in 1997 about how the library could be run. The dispute was later resolved amicably outside of arbitration. The Nixon Library has added to the primary system of Presidential Libraries in July 2007 thanks to Eisenhower’s efforts.