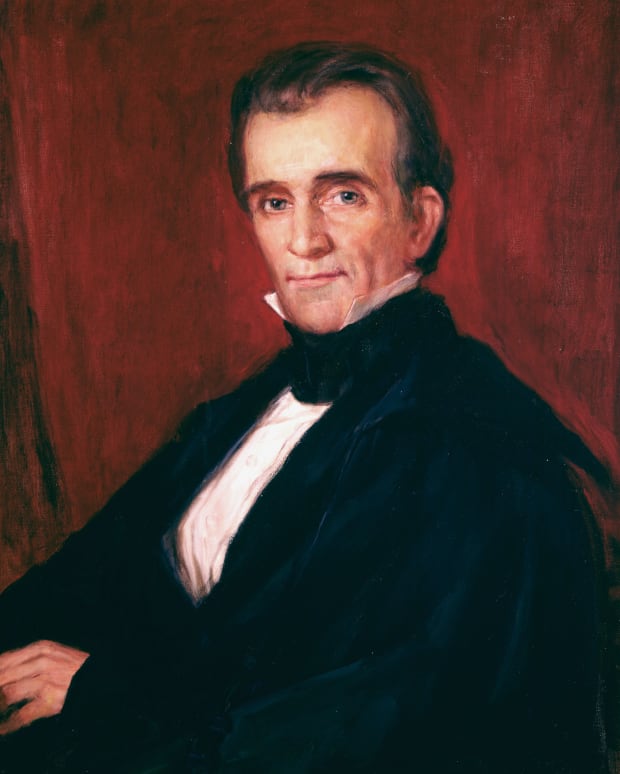 James Knox Polk served as the eleventh president of the United States of America and displayed characteristics that many admired. Remembered as a short, thin, angular man with brushed back hair, James Polk was the man who made the “Manifest Destiny,” wherein the United States was believed to expand from the Atlantic Ocean to the Pacific Ocean, into reality during his administration. Many did not see his potential initially; however, he shined as he became the dark horse candidate of his political party.

Inaugurated at the age of 49, he accepted and understood that his position entails grinding work. His responsibility-oriented life-view made him organized and disciplined.

Unveil how his personality became a useful tool for him to accomplish so much despite serving within four years, he performed so much like acquiring California, New Mexico, Texas, and the majority of Oregon.

Man of his words

True enough, James Polk kept his campaign promises, such as reducing the tariff, create a better Independent Treasury System, and acquire territories from the west. He also promised that he would serve for one term only. In his four years of service in the office, he was determined to accomplish all of them.

He shows clear and consistent tendencies. James Polk creates an order, follow the rules, and ensure that the work he accomplished was completed with high standards.

As he embraced the values of honesty, dedication, and dignity in his decision and how he look into circumstances, James Polk was valued by late president Andrew Jackson for his clear advice and guidance despite the problematic paths ahead.

James Polk demonstrated dedication and purposeful honesty because he was very much aware of his surroundings. He sticks to his principles but still accepts opinions for improvement.

James Polk found it hard to relax, even if he was susceptible to gastrointestinal diseases. During his administration, he had a hard time cut loose and relaxing because he maximized his time accomplishing his goals.

Sarah Childress Polk was very concerned with her husband’s health; that is why she worked alongside him day and night. He pushed himself too hard because of his ambition that he believed to be the best interest of the nation at the expense of his health.

His formula to clear the way of advancing the nation towards his set goal was hard work and dedication combined.

Andrew Jackson was a close family friend. James Polk vigorously supported him and was a strong ally in the congress as he was the speaker of the house during Jackson’s term. He valued Andrew Jackson’s trust towards him; hence, he was very concerned with Jackson’s thought and caught up with his expectations.

James Polk and Sarah Polk never had a child of their own, which made them more durable. His wife was well-educated for the time; respected, active, and influential. She assisted him in writing speeches and letters, organizing his schedule, reviewing daily newspaper reports, and cutting out and saving positive clippings about her husband. Although there are only a few accounts and writings about the couple’s statement of love. While James Polk was in his deathbed, some reports claim that he uttered his eternal love and devotion for Sarah.

Strived and maintained to be a Model Citizen

James Polk often rises to the occasion as he exhibits his principles, values, and expectations. He was an active leader because he helped his people move forward together. As James Polk loathe disorganization, laziness, and dishonesty, James Polk does not hesitate to express his disapproval. He was naturally efficient, accurate, and works on time.

His handling of his cabinet members reflected his cautious yet firm decision making. It carried through organized accomplishments and became a good foundation of the advances he made to put the plans into action.

James Polk willingly accepted criticisms for him to observe how he can improve his effectiveness and made the administration deliver the results expected of them. As he was attacked, he made sure to accept it with calm dignity and countered with procedures.

Graying hair with habitually sad, unsmiling face, no doubt that people thought of him as humorless. James Polk’s mind was as sharp as a knife; his organizational skills sure lessen his charm. His wife was able to compensate for his lack of appeal in response to his political needs.

James Polk is one of the few leaders who are practical and strong-willed. He was known for his reliability and dedication to professional and personal growth.

His successors got big shoes to fill because of his desire to balance independence and respect towards development. James Polk adhered to the task required of him and gave more than his best to deliver.

He served as a stabilizing force for the nation not only to acquire territories but sees it as an economic and political opportunity.