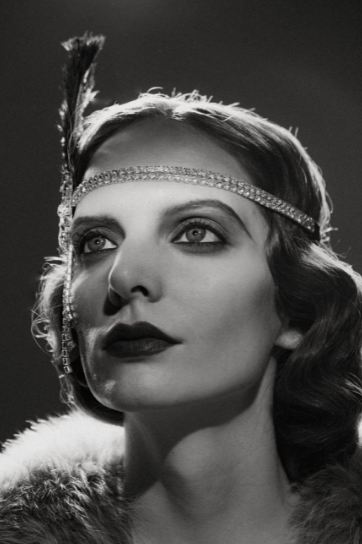 Flappers are one of the most iconic figures during the 1920s whose existence formed part of the hedonistic pop culture lifestyle of the Roaring Twenties. They refer to thin-figured women with short bob haircut, loose drop-waist dress, and glittering jewellery. While their lifestyle was considered scandalous during that time, they are considered today as the first generation of independent American women who played an important role in promoting the economic, political, and sexual freedom of women.

Beginning of the Flapper Era

The rise of flappers can be attributed to the growing recognition of women’s independence in the 1920s. Here are some of the events that ultimately led to the development of societies where women experienced the freedom which used to be a luxury enjoyed only by men:

All these events gave women the leverage to come out as equally valued members of the society. Consequently, young women expressed this freedom further by creating the flapper trend.

Qualities of a Flapper

It is not known how the word “flapper” came to be a part of the American slang but the term has been in use shortly after the occurrence of World War I. To be considered a flapper, one needs to be a jazzy young girl who dares to smoke in public places, drink alcohol, danced at jazz clubs, and observe sexual freedom.

The flappers can be easily recognized by their bold fashion sense. Often described as “rakish”, the short-haired flappers donned dresses that are short enough to reveal their calf. These dresses do not necessarily have to fit the wearer’s form although straight and slim figure is preferred. The flappers also favored the use of bras and lingerie over corsets.

To complete their trendy outfit, the flappers wore high heel shoes and cosmetics such as lipstick and mascara.

The flapper fashion was dominated by prominent designers such as Coco Chanel, Elsa Schiaparelli, and Jean Patou.  Patou invented the knit swimwear and tennis clothes for women, while Channel and Schiaparelli integrated the knitwear to women’s dresses.

Promotion of the Flapper Style

The proliferation of flapper fashion is ascribed to celebrated writers who took heavy interest in this kind of style. F. Scott Fitzgerald – author of the “The Great Gatsby – was one of the publicists whose writings inspired young women to embrace the flapper fashion. In particular, his novel “This Side of Paradise” started the craze for flappers. This fashion trend was embraced harder when he wrote about it for the Saturday Evening Post in 1920. In the decade that followed, Fitzgerald was considered an expert in flapper fashion.

Another publicist of the flapper culture is Lois Long who wrote about the topic in the newly established The New Yorker under the pseudonym Lipstick. For the most part, Long wrote about her own real-life experiences as a flapper immediately after her night outs.

Along with the explosion of movies in the 1920s, the flapper fashion also enjoyed heightened popularity. This style was seen in the 1923 movie “Flaming Youth” which starred Colleen More, Hollywood’s first choice for playing the role of flapper onscreen. The film adaptation of the satirical book of Anita Loo entitled “Gentlemen Prefer Blondes” also boosted the hype for flapper fashion. This movie starred Marilyn Monroe and Jane Russell.

While young women were enjoying the flapper trend, many found this kind of fashion style outrageously inappropriate. For instance, U.S. states including Utah, Virginia, and Ohio made attempts to ban dresses that reveal much of women’s body. In fact, cops would escort off the beach any women who wore “inappropriate” bathing suits.

End of the Flappers

Economic recessions such as the stock market crash on October 29, 1929 and the start of the Great Depression during the 1930s put an end to the flapper fashion. This lifestyle – which partly characterized the Roaring 20s – has become so expensive that people could barely afford it anymore. Add to this, the Motion Picture Production Code or the Hays Code passed in 1930 required motion pictures in the U.S. to adhere to self-censorship. As a consequence, portraying the flapper style was made almost impossible for women.