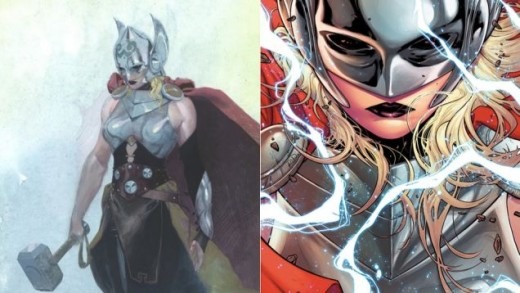 The shocking news of Thor’s “gender-swapping”

Just very recently, Marvel Comics made quite a big and rather shocking announcement – they declared that the hammer-holding iconic hero Thor will now be a woman, at least in the comic universe. The change was disclosed as part of the “Avengers NOW!” campaign aiming to reinvigorate the comic giant’s brand. With this campaign, Marvel hopes to spice things a little bit, as well as to introduce the comics to a new generation of fans.

Many fans were, as expected, taken aback by Marvel’s rather bizarre decision to “change” Thor into a woman, in the comic series at least. The film adaptation of the Thor comic series stars actor Chris Hemsworth who attained quite a bit of fame and fortune by playing the hero. But before people could speculate that Hemsworth will exit very soon to make way for a female star to play Thor, Marvel’s writers have clarified that Hemsworth won’t be replaced by a woman in the film franchise, for now. The Australian hunk has become one of Hollywood’s highest paid actors in recent memory.

Marvel Comics’ reason for the “change”

The fans’ reactions are understandable when the news first broke, at least for those who just glance at the headlines or who read superficially at the story’s texts. But when you take time to actually read the stories themselves, you will discover a more acceptable reason behind Marvel’s gender change to Thor.

The idea of Thor swapping sexes was initially shocking and even disturbing to some, probably due to years of enforcement that established Thor as among the most masculine in the comic universe.

According to Marvel, the story is that a woman actually becomes Thor, not Thor becoming a woman. Those who know Thor’s mythology will surely know about the power-wielding mallet which is, of course, his (or now her) weapon named Mjolnir. According to the lore, if someone manages to lift that heavy hammer, the immense superpowers of Thor will be granted to them. I think anyone — yes, anyone, regardless of gender — who succeeds in doing this will become Thor. And that’s exactly what will happen with the new version of Thor in the “Avengers NOW!” According to the Marvel’s series writer, Jason Aaron, “This is not She-Thor. This is not Lady Thor. This is not Thorita. This is THOR. This is the THOR of the Marvel Universe. But it’s unlike any Thor we’ve ever seen before.”

Of course, the gender-swapping idea especially for one of the manliest and most macho comic and screen characters around would likely make you shudder. But with the explanation behind the change, the idea of having a female Thor should not be a thing of concern at all, but would actually spark quite an interest. This change promises to provide Thor readers with positively exciting comic reading. Thor as a woman? Then there’s a thrilling reason to turn the comic pages once more. I hope these disagreeable reactions and debates about Thor “becoming” a woman should come to an end quite soon; as for me, I think it’s time to make way for more powerful female comic characters.