The 2000s will always be remembered for ushering a new era of superhero movies by introducing the likes of The Dark Night and The Iron Man. The decade however also had some major train wrecks that put Hollywood to shame and went down as some of the worst-performing movies in the box office collections. To give our readers a better idea of how bad these movies performed we have compiled a list of biggest move bombs of 2000s. Without any further ado, let’s begin. Joining us in the list of the biggest movie flops is Sindbad.  You might be surprised to see this one to top this unfortunate list. Despite having cool animation and memorable villains, Sindbad, unfortunately, was not able to perform well in the box office and even the voices of a star-studded voice cast were not able to save the movie and it became a classic box-office bomb. Animated movies back in the early 2000s were facing a tough time and Sindbad was one of them. The movie, in the end, was a forgettable project for Dreamwork animations. With a whopping, $100 million estimated loss, Titan AE was another sci-fi animated film that failed to make a mark. At best it was a Star war pulped movie without all the good parts. With uninspiring characters, bland soundtracks and a long-winded story the Titan AE was never able to captivate its viewers the way it was intended to. Let me just say, that everything about this movie was  bad. Considered as one of the biggest box-offices flops, the Adventure of Pluto Nash had terrible rotten tomato and audience score and even worse box office performance. With a whopping loss of $96 million, one can understand why the movie was so severely criticized. Bad movies are a no rare sight, what’s unique about this movie was that despite having a massive $100 million budget and big stars the movie was just badly written. You can’t sell a movie by simply taking Eddie Murphy to outer space with special effects. Backed by heavy CGI and a massive budget of $135 million, the movie still failed to make any profit and suffered a heavy loss of $96 million. In short, the movie was full of high-flying pulse-quickening aerial combat with a lot of explosive mayhem. So basically, the same old mundane script of fighting the war on terror. Another movie that perfectly fulfills the requirements of a box-office flop, the Alamo was fundamentally a dull and sluggish movie. Despite having an impressive budget of $107 million the movie had a massive $94 million production loss. With the exception of Billy Thornton’s Crockett, none of the other actors stood out. Despite having a lot of historical detail, and a few great moments the movie simply lacked the punch to captivate its audience. Made primarily for kids, the movie covered the story swashbuckling story of a teen who travels the universe aboard a spaceship. Despite an entertaining story and a massive budget of $140 million the movie was a box office disaster and suffered a huge loss of $85 million. Perhaps the different styles of animation may have been a factor in the movie’s disappointing box-office performance. Who knows, in a parallel universe this may have been another Disney classic.

Despite an impressive production budget, a beautiful location to shoot and amazing actors with the likes of Matthew McConaughey and Penelope Cruz, the movie still failed to perform well in the box office. The biggest criticism the movie faced was that it looked more like a documentary than an actual movie with the actors having zero chemistry. For an adventure movie based on exotic locations and chase scenes, Sahara was nothing but mediocre. 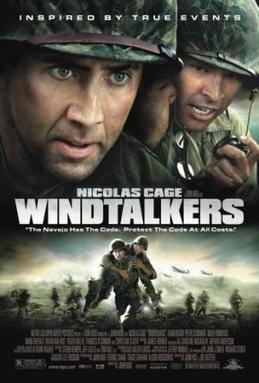 Another massive box-office bomb, despite having a healthy budget of $115 million, Windtalkers failed to make any mark in the box-office and suffered a massive $76 million loss. The movie for the better par received bad reviews because of the portrayal of history in a rather biased manner. The movie also included famous Hollywood names such as Nicholas Cage and Christain Slater but even that didn’t compel the audience to watch the movie. While some of you may be shocked to see this one on the list but the fact of the matter is the movie was a big flop in the box-office despite the sizeable production budget of $110 million. Even a famous actor like Jackie Chan couldn’t make much of a difference as the movie was severely criticized by many critics for addingneedless goofy fight scenes while lacking actual adventure which was the true essence of the movie.