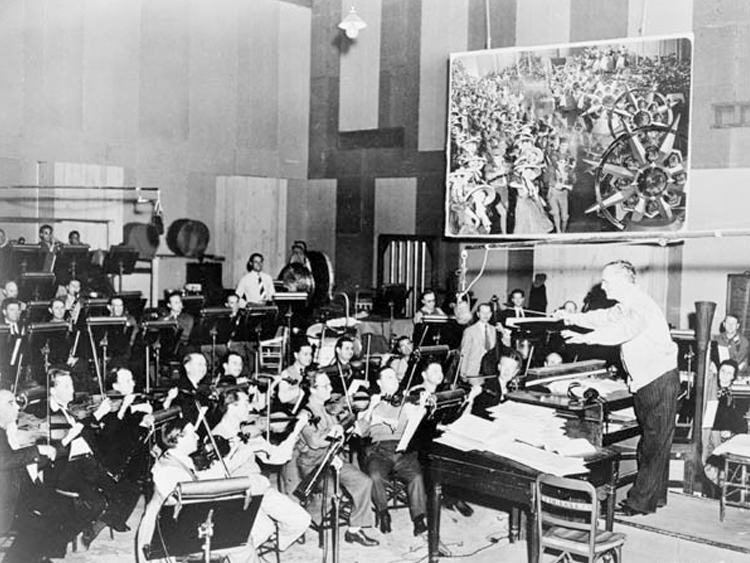 We hear a lot about the amazing visuals in The Wizard of Oz, and rightly so. Even by today’s standards, with the incredible technological advancements we see in current movies, many of the effects accomplished in this 1939 film are simply stunning.

What many don’t consider is the movie’s achievement in sound. Imagine having to conceive of ways to recreate sounds for fantasy sequences the likes of which had never been seen on film before. For a considerable amount of time after filming ended, sound technicians remained diligently at work, creating the wildly creative, never-before-heard sound effects to accompany the film’s unprecedented situations and groundbreaking visuals.

For instance, to create the “swoosh” of the Wicked Witch flying off on her broomstick, dozens of real rockets were launched and recorded to create that unforgettable sound and effect. For the jitterbug dance scene, which was ultimately cut from the film, the hum of the jitterbug’s wings was actually the sound of bullets ricocheting off the blade of an ax.

As demanding as these sound effects were to conceive of and execute, the more outlandish scenes might have been, as reflected in the book, The Wizard of Oz: The Official 75th Anniversary Companion, more easily “accepted by audiences as otherworldly without question,” because neither the visual or sound could be compared to anything in reality. There was one audio effect, however, that had to be completely authentic: the sound of, as the two authors put it, the “mighty roar” of the cyclone that threatens the Gale farm early in the movie. This aspect was, in fact, so important to get right that research regarding how to accomplish it actually began before filming did.

According to the authors, “…it was reported that O.O. Ceccarini, a sound designer for the film and a mathematician whom Albert Einstein had pronounced a genius, was conducting mathematical experiments having to do with pressure, velocity, air density, and electrical characteristics in order to replicate the volume and pitch of the cyclones.”

This attention to detail and dedication to getting these sound effects just right contributed significantly to the delay of the film’s opening. But they also contributed in a major way to the success and longevity of the film, as the combination of spectacular sight and sound found in this all-time classic stand up to anything Hollywood is producing today.