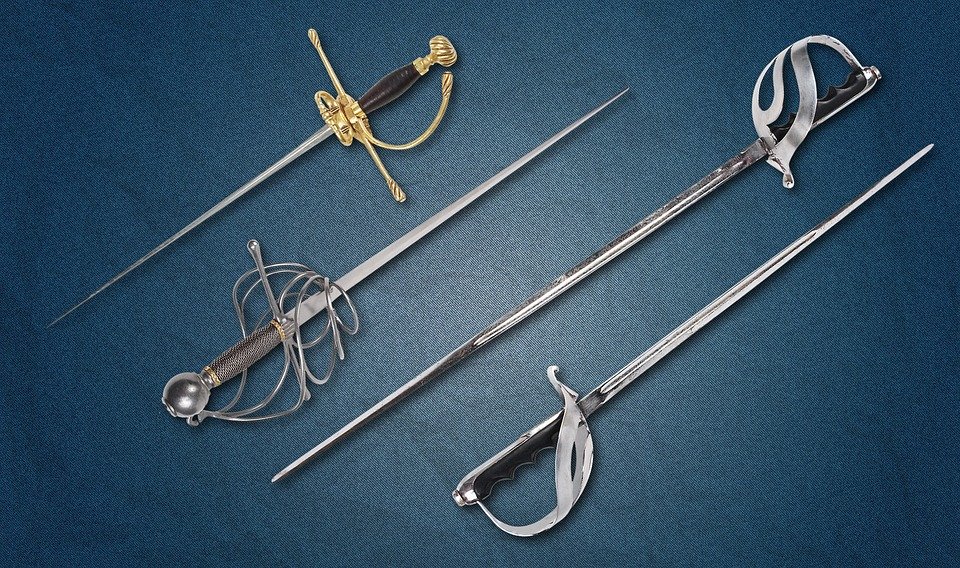 Swords are not only weapons but are also symbols of power. They have always been a great importance in several legends, folktales, and historical powers.

Swords are symbols of great power. Aside from their use in combat, swords have also taken part in several formal rituals, offerings, coronations, knighthoods, and other ceremonies. Several ancient swords have been unearthed over the years. These swords bring them centuries of incredible tales of adventures and exploits and have been linked to famous heroes and folk figures. We all know that the Excalibur has been strongly associated with the Arthurian legend. According to this legend, King Arthur pulled the sword from the stone that sealed his glory. It has often been attributed with magical powers or linked with the rightful and lawful sovereignty of Britain. As the Excalibur is a mythical object, there is no real Excalibur. Nevertheless, the legend of King Arthur and his Excalibur have been of great interest for centuries, and a part of Western popular culture. They have been portrayed in several books, films, and television shows.

2) The Sword of the Stone of San Galgano The “Sword of the Stone” of San Galgano from Tuscany, Italy, is the “real Excalibur,” according to scientists and historians.

You can visit the ancient Montesiepi hermitage, near the Cisterian Abbey of San Galgano in Tuscany, to see the sword, which is embedded in a large boulder. The whole thing is encased in glass.

Legend states that the sword had been placed there by Galgano Guidotti, a knight and wealthy nobleman from Chiusado, near Siena. He converted into Christianity following a vision from Saint Michael the Archangel. The legend goes that Galgano was walking on Montesiepi when he witnessed another vision of a round-shaped temple, and Jesus and Mary surrounded by the Twelve Apostles. Then, a voice spoke to him, telling him to renounce material things.

Galgano objected that such a thing would be impossible as splitting a rock with a sword. To prove his point, Galgano drew his sword and struck it in a rock. To his great amazement, the sword went through the stone like a hot knife through the butter, and it has been stuck there ever since. Durandal (or Durendal) has been linked to the French military leader Roland (died in 778). Durandal is also an actual iron sword, stuck high up on a rock in Rocamadour, a commune and pilgrimage site in the Lot department, 160 kilometers north of Toulouse in France. According to legend, the sword had been given to Roland, who was a prominent figure in medieval European accounts. Roland, who is said to be the nephew of the Holy Roman Emperor, Charlemagne, was the bravest of the twelve paladins who served the emperor.

Durandal is said to have four sacred relics in the golden hilt, which included a piece of a robe from Saint Mary’s, strands of Saint Denis’ hair, Saint Peter’s tooth, and Saint Basil’s blood.

Like many legendary weapons, Durandal’s origins remain shrouded in mystery. It was also bestowed with great magical powers. It had so much power that Roland himself attempted to destroy it so that it won’t land on the hands of the enemy. As to how the sword got stuck in the rock in Rocamadour, it is said that Roland flung Durandal into the air, where it got wedged in that rock, where it remains up to now.

Muramasa Sengo was a swordsmith in ancient Japan. While his reputation as a skilled swordsmith was legendary, he also gained notoriety as a violent madman. It has been long believed that he passed his bad qualities into the blades that he forged. According to legend, Muramasa prayed to gods for his swords to be turned into “great destroyers.”

And the gods answered Muramasa’s prayers – they made his blades to become extremely dangerous and destructive. According again to legend, the evil curse made the swords bloodthirsty and even have a “life” of their own. If the swords were not satisfied by the combat, they turned against their owners.

Muramasa’s swords were eventually banned by the imperial order and ultimately fell out of favor. Today, only a few numbers of these rare blades remain. The sword of Goujian has a reputation as the sword that defied time. It was excavated by a team of archaeologists in a tomb in Hubei, China, in 1965.

So, why did this sword defy time? It’s in the blade – despite being 2,000 years old, the sword of Goujian remained perfectly untarnished, which stunned and confused researchers. Its sharpness was still intact – when one archaeologist ran his fingers along the sharpened edge of the blade, the sword drew blood.

The sword was also beautifully decorated. According to the inscriptions on the blade near the hilt, the sword was owned by the emperor Goujian, who was the king of Yue State.