Sephiroth is the main Final Fantasy VII villain and its remake and among the main antagonists in the game’s expanded universe. Sephiroth is portrayed as Cloud Strife’s archenemy in spin-off appearances and is seen as a marker of Cloud’s troubled past tormenting him. Sephiroth was also a renowned SOLDIER before becoming twisted.

Before his downfall, Sephiroth was among the Shinra Electric Power Company’s SOLDIER program’s most lauded success stories. During the conflicts surrounding Shinra’s bid for global dominance, his battlefield successes earned him the title of celebrity hero and the poster boy for the company’s SOLDIER program and the Shinra Military. Learning his true origins drove him insane, and he became obsessed with destroying the world.

Sephiroth appears briefly as a party member in the original Final Fantasy VII and serves as the final and penultimate boss.

Learn more about Sepiroth in this article.

During her pregnancy, Sephiroth’s mother was pumped with cells from an alien known as Jenova, causing Jenova’s cells to link up with Sephiroth’s unborn body. He was taken in and trained as a super-soldier by the Shinra Electric Power Company after his birth, and he eventually rose through the ranks of SOLDIER First Class and was hailed as a war hero.

Zack Fair, Sephiroth, and a young Cloud Strife were assigned to investigate a monster outbreak in Nibelheim. There, he saw humans transformed into monsters and a chamber bearing the name of his “mother.” In shock, Sephiroth sought the truth, which drove him insane.

Sephiroth realized he was the last Cetra and needed to seek revenge on humans for their “betrayal” of the Cetra 2000 years ago. He slaughtered the humans of Nibelheim and went out to take Jenova’s remains but was stopped by Cloud and allegedly died.

He dropped into the Lifestream, but his will was too powerful to be consumed, so he spent years learning and traveling through it. After his body was rebuilt from fragments, his goal was to become a god and merge with the Lifestream, which he accomplished by summoning a meteor and eventually merging with the Lifestream when it attempted to heal the planet’s wounds. Sephiroth keeps an outwardly professional and aloof demeanor during his time at Shinra before his madness, as shown in Crisis Core -Final Fantasy VII-. He is known for rarely socializing with anyone other than his friends Genesis Rhapsodos and Angeal Hewley and is uninterested in his fans. In contrast to his reputation, he can be caring and humane, befriending Zack over their common reluctance to chase down their friends and eagerness to bring them back and asking Cloud how it felt to be back in his hometown, despite having no similar experience himself.

Sephiroth is smart and respects those he considers worthy; he admires Professor Gast but despises Professor Hojo. Sephiroth, graceful and well-spoken, is collected, calm, and in command. His sense of humor is dry.

He can be infuriated and caught off guard at times. Sephiroth, the strongest SOLDIER, is arrogant to the point of arrogance. Still, he has no desire for personal glory, as he informs Genesis, who envies Sephiroth’s prestige, that he can have it.

Sephiroth goes insane after learning about the experiments that resulted in his birth, becoming ruthless, murderous, and vengeful while maintaining his cold and calm demeanor. He forms a messiah complex, proclaiming he was “the chosen one” destined to rule the world. He develops a sadistic personality and enjoys mentally tormenting Cloud.

Sephiroth is dedicated to Jenova and her cause, although her body is his avatar. He has become an agent for Jenova’s will.

Sephiroth torments Cloud in the Final Fantasy VII Remake, gloating over his failures and painful memories. At the same time, he encourages him to strengthen himself and survive his ordeals. He even invites Cloud to join him and his cause to “save the planet,” implying he wishes to change his fate.

When Cloud refuses, Sephiroth gives him a hint and spares him, continuing his journey. Sephiroth’s power is incredible. He is far more powerful than any story you’ve heard about him.

Earth-Based Materia (Quakra, Quake, and Quaga): These pells cause the earth to shake.

Life-Based Materia (Arise and Raise): Both spells can resurrect fallen allies, but they are also harmful to the undead.

Gravity Manipulation: Used only for his “flight.”

Super-Speed: He can move at such high speeds that he is teleporting.

Meteor: Calls forth a massive meteor that devastates a large portion of the planet’s surface. 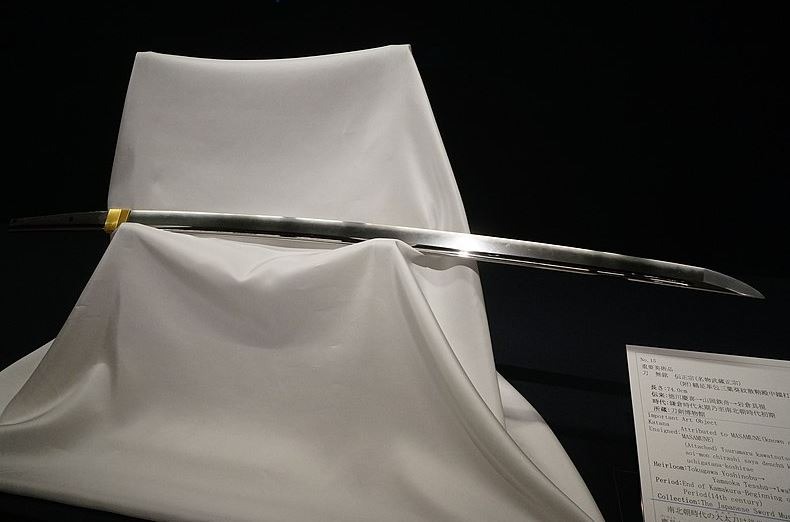 Masamune: A long two-handed dachi-like sword with a 99 attack power, 255 hit rate, and 100 percent critical hit rate. Despite its appearance, it can effortlessly cut through steel and concrete. It also has six Materia Slots, which Sephiroth has already pre-programmed for his magic setup. (Check out this introduction to Final Fantasy’s Masamune and guide to swords!)

Shadow Flare: A cluster of four dark orbs that converge on the location of an enemy.

Fervent Blow: The Masamune unleashes a barrage of energy projectiles. Sephiroth will launch the target upwards with a quick lunge if they connect.

Transience: A single slash that strikes multiple times before knocking the opponent backward.

Godspeed: A mid-air version of Fervent Blow in which Sephiroth strikes the target from above with an overhead strike.

Oblivion: Sephiroth runs forward and completes a single slice that repeatedly hits if it connects.

Zanshin: A slash projectile barrage that allows Sephiroth to float in mid-air.

Scintilla: Sephiroth generates a forcefield parrying enemy attacks. He then uses a thrusting attack to stun his opponent before knocking them out.

Heartless Angel: An attack with a long charge time; if effective, Sephiroth decreases the target’s HP count to one, instantly putting them in a near-death state.

Hell’s Gate: A diving impale attack powerful enough to cause shockwaves in mid-air or ground fissures.

Black Materia: A powerful item that allows Sephiroth to summon meteors, the biggest of which can decimate planets.