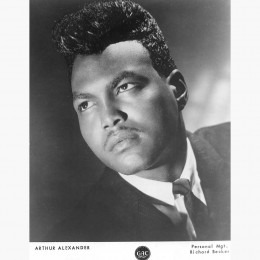 An introduction to one of music’s obscure legends

Arthur Alexander is not really a very well-known artist to most. He was a R&B (rhythm and blues) singer and songwriter with a strong country influence.He played an important role in the development of north Alabama’s Muscle Shoals music scene. In 1963, “You Better Move On”, was his first hit track for the FAME (Florence Alabama Musical Enterprises) studios in Muscle Shoals.

Arthur Alexander was born on 10 May,1940 in Sheffield, Alabama. Arthur was an African American who primarily spent his early life in East Florence. His mother, Fannie Scott Springer Alexander and his elder sister sang in a local church and his father was a guitarist who played blues around Sheffield. Arthur lost his mother when he was only three years old. Arthur’s family moved to a predominately black neighborhood known as Baptist Bottom, in late 1940’s.

Arthur’s enthusiasm for music came from his family which was deeply rooted in jazz, R&B, and hillbilly music. He joined The Heartstrings (a gospel group), when he was in sixth grade. All other members were older than him. He worked as a bellhop after leaving his high school, at Sheffield hotel.

Arthur’s music career was full of struggles, although his work was deliberate and wonderful. Arthur was not himself a great singer so he had to look for others to bring his sound to the audience. He was never nominated for any music awards but was well respected in the industry. Very prominent names like Bob Dylan, The Beatles and The Rolling Stones, The Hollies and many others worked with him directly or covered his music.

His doesn’t have a long list of music tracks but does have a few memorable songs such as “You Better Move On”, “Solider of Love”, and “Anna”.In 1965, he had additional hits including “Detroit City” and “Cry like a baby. His last album, “Lonely like Me”, was done much later in 1990.He was hoping to make a comeback but it was cut short from a heart attack in 1993.